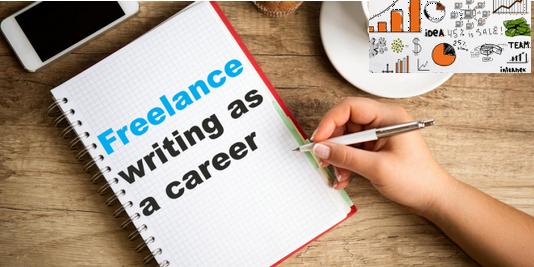 Robert Frost provides an amazing commentary on life’s choices in his poem ‘The road not taken’. He talks about the decisions that people make in life. Some end up following taking a decision which leads them to a profession which most people in the world are heading towards. On the other hand, there are people with a flair for writing and they choose the road less taken and prefer to turn writing into a career. One can easily doubt the credibility of writing as a full-fledged career. However, it has been a proven career with a steady flow of income.

Â A lot of people aspire to convert their talent into a profession and become a freelance writer. However, eventually, they end up doing a mundane 9 to 5 job. They end up dressing up for their jobs, commuting at the same time every day to job and then take orders from their superiors. Whereas they could have become their own bosses, followed their own schedules and worked dressing up in a manner they desired. Most often than not, procrastination is the culprit. They see freelance writing as something that is frowned upon or something which is a target of many jokes. Freelance writing has never been considered as a real profession. This belief is something which is a matter of perspective. It all depends on the essence of ‘job’ or a ‘profession’. It depends on how one might perceive these two words. In fact, this is a general impression that people hold for jobs that can be done from home.

People who work jobs require a special skill set which can range from effective communication, maintaining interpersonal skills to technical know-how, strong financial deductions and perfecting a specific art. People may undertake studies to perfect a particular skill set. Some of the soft-skills can be developed and eventually sharpened. Freelance writing is no different. Just because someone works from home or decides to follow his / her own schedule, it cannot be disregarded as a career. It requires a skill set too. It requires one to have a general perception about whatever the writer is writing.

The writer must also have an ability to perform an in depth research about a topic. Sometimes the writer may be faced with a topic which has been encountered for the first time in life. This calls for a good preparation, research, and information gathering and then segregating it while working on the final write-up. A writer may fail at this if he / she fails to organise the research about the topic. Failing to have an organized research can lead to failure even if the writer has excellent writing skills.