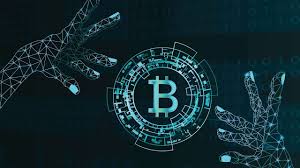 Sometimes entering an industry, especially a less mature industry, your idea at the time maybe was that investment is a waste of time and current opportunities. For example, when the Internet was just emerging, many people were talking about it, and it was also investing here. But for the world at that time or a certain country, especially a backward country, there was no thought and energy to think.
Give a simple example:
If the time goes backwards for 30 years, People will participate in the more popular industries at that time. and not do it to study the Internet. Because people ideological realm and vision can’t predict what happened later. A country has experienced three stages: before these three stages, the status of rural and urban areas is equal for some reason. Because going through war, whether it is rural or urban, is not safe.
First, after the war was over, if a country wants to develop upwards, it will definitely give priority to the development of the city, but some people are affected by the previous war, and they worry that the battle will continue，so they will not go city. And there are farms in the countryside, and there are few places in the city. As a result, the city has developed and brought more opportunities.
Second, after a long time, suddenly people in rural areas can’t stand the pressure of their environment. Borrowing everywhere moved away from the original place, and suddenly there was a policy: local urbanization, rural hukou can enjoy many preferential policies and subsidies, as a result, this “city people” missed.
Third, of course, the story is very ordinary and very traditional. It must be that the person missed another chance.
Just like the e-commerce and the Internet at the time, some people mentioned this concept at the time, but how many people really insisted on doing it? But then all people persisted is succeeded.
But some people’s failures, or the mistakes with success, are doomed. Every time the economic wave comes, many people can realize it, but it is difficult to stick to it.
Although some people are in it, their understanding of a new economic situation can’t be done at all. Perhaps he persuaded everyone, but he couldn’t pass his own level and ended up with failure.
The reason why I talk so much is because I have been paying attention to cryptocurrency recently, and the whole market is very chaotic. I don’t know which step the cryptocurrency will develop in the future. I know some knowledge about cryptocurrencies from Bitcoin and related knowledge about blockchain, but for now, cryptocurrencies are subject to stricter controls. The entire cryptocurrency has shrunk in large numbers. And because of the various opinions and analysis on the Internet, I did not predict the outcome of the cryptocurrency.
Perhaps I don’t agree with this economic situation, or I don’t agree with the value of the cryptocurrency. I wonder if you have such doubts. Someone will ask me: “How mush is a bitcoin worth?” I really can’t answer such a question. Maybe in a few years, the cryptocurrency will fade out of the economic field; then do you go back and pay attention to its value? But once that time, the cryptocurrency has been recognized by almost all countries, and it is another scene. 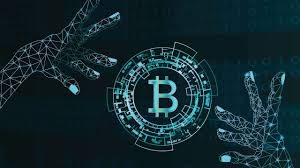 Just like the film industry, in the beginning, in some backward countries, it can only be in the national plan, but it has not been commercialized, and there is not much profit. But the later film market can be an important part of a country’s source of fiscal revenue.
But be sure to enter at the right time. If you can’t stand it too early, you will come out early, if you too late, there is not much profit. The control of timing is the key to ultimate success.
Some people have already gained a lot of profits in the cryptocurrency, but what will happen in the future, I still don’t understand. Do you have any good suggestions or analysis?
I can give you a URL: you can detect information about almost all cryptocurrencies: https://citicoins.com