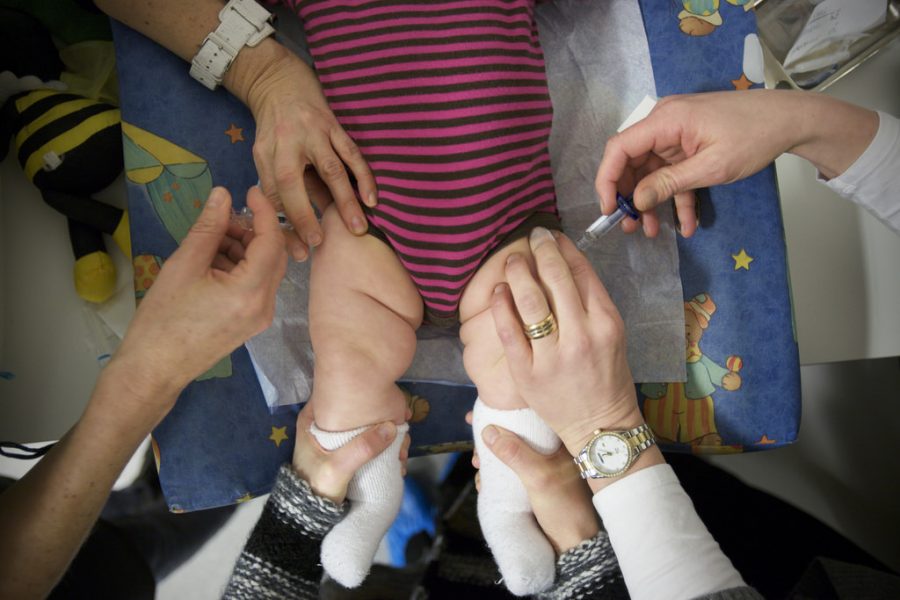 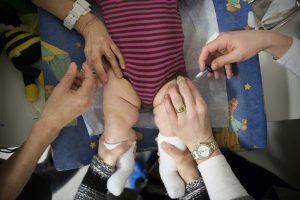 This topic is always a touchy subject, because some people have extremely strong feelings toward vaccinations. I made the choice to vaccinate my child, he was going to be in daycare and I work in the medical field so it just made sense to be cautious. With my next child however, I may rethink about having him or her vaccinated with MMR. Your see educating ourselves with this controversy can change your stance. Things that I have found are that the National Vaccine Insurance Compensation Program awarded Hannah Polling 1.5 million dollars, quote “for vaccines role in her autism”. First of all why is there a company named “National Vaccine Compensation Program” if the vaccine company denies vaccines being related to autism? A man named William Thompson works for the Center of Disease Control, he reassessed a study completed by other researchers (names are not provided) on autism and vaccines. This study the unknown researchers completed supported the clinical view of autism not being related to vaccines. He found that their conclusions were in fact wrong. He found that in fact their conclusions were wrong, he found relation to African american boys who received the MMR vaccine before 36 months of age having higher rates of reported autism. Another thing that caught my attention was that the Institute of Medicine in 1999 suggested that thimerosal should be removed form all vaccines due to autism reports. Ironic enough thimerosal is still being given to children as young as six months old.

It is necessary to point out the judgement Mothers and Fathers receive if they choose to not vaccinate their children. I mean what is our number one job as a parent? To protect and love our children, right? So why do medical professionals become so rude and judgmental when people choose to be the outcast and not vaccinate. This includes myself, so many times I would judge parents on their choice. The truth is, parents who choose to not vaccine understand that their child is not allowed in day cares and not even allowed in school if they are not given specific vaccinations.

Related Posts:
New to this, need to know more.

Could this be true and trying to find out

Courage to Write on a Site You Never Know

Should We Continue to Write?

I personally choose to vaccinate my son for the safety of himself and other children he encounters with, but I will think again before saying yes to MMR and vaccinations with thimerosol.