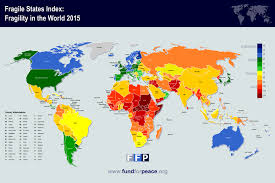 the beaches of Turkey to the rainforests of Nicaragua.

Sunshine-soaked and with a glittering blue seaboard, Turkey’s glorious “turquoise” coast wouldn’t normally rank as a newly rising star. The 300-mile loop of coastline that unfurls like an iridescent ribbon between Marmaris and Antalya has long been a favourite for holiday-makers, with UK visitors in particular flocking to its picture-perfect fishing villages and chic little bougainvillea-laden resorts. But over the last couple of years, following a wave of terror attacks and political unrest, things have taken a well-documented nosedive. Between 2014 and 2016 Turkey’s visitor numbers slumped from 42 million to 25 million. And now? Maybe we’ve all simply had to accept that no country is guaranteed terror-proof. Maybe people have realised that the Syrian border is hundreds of miles from Turkey’s main tourist areas. Whatever the reason, tourism is back on the up, with the first half of 2017 showing a 28 per cent rise compared to the doldrums of 2016.

So there’s never been a better time – particularly with sterling strong against the lira – to steal a march on the returning crowds and enjoy the unique magic of this beautiful region. What’s more, and against all odds, a new Turkey specialist company, Fairlight Jones, has risen Phoenix-like from the ashes of the several much-loved small-scale operators that went bust during the crisis. Formed by members of the team behind former Turkey experts Exclusive Escapes, it offers a portfolio that includes brand-new luxury properties and enticing “Special Tester” offers.

Fairlight Jones (020 3875 0351; ) offers seven nights in one of two new “Lighthouse Loft” seafront villas on the Kas peninsula from £800pp based on four sharing, including return flights with BA from London Gatwick to Dalaman, transfers, and seven days’ car hire.

Linda Cookson is a regular contributor to Telegraph Travel and has been writing about her journeys around Europe and North Africa for nearly 20 years.

Last May, when RwandAir launched direct flights from London Gatwick to Kigali, this small, safe and forward-looking nation in the heart of Africa suddenly became accessible. Slightly larger than Wales, Rwanda has moved on from the genocide of 1994 to become a welcoming English-speaking country that can teach us a lesson or two: the majority of its MPs are women, city buses offer free Wi-Fi, and plastic bags were banned a decade ago.

Almost everyone goes, of course, to admire its mountain gorillas, a conservation success story that sees trekkers paying $1,500 (£1,120) a head for an hour-long, close encounter. It’s a well-organised and, at times, strenuous experience, but Rwanda is by no means just about apes. Several enterprising Brits have jumped in, such as Steve Venton, who offers kayaking tours on lake Kivu (), and Oli Broom, who organises cycling advent). And the quality of accommodation is rising.

Next year, luxury hotelier One&Only (launches Nyungwe House, set amid the tea plantations of the mountainous south. While safari first-timers are better off in neighbouring Tanzania, veterans will appreciate the efforts being made to re-establish Akagera National Park. Perhaps the best reason to add Rwanda to your 2018 wishlist is that, with no jet lag, you only need a week or so to see its highlights. This is the year to say hello to a little nation that’s bringing a big smile to the face of Africa.

A 10-day Authentic Rwanda and Gorillas tour with Tribes (01473 890499; ) departing 16 January 2018 costs from £6,555 per person, including flights from London Gatwick, gorilla trekking, visits to Nyungwe, lake Kivu and Akagera plus transfers, private guided activities and most meals.

Nigel Tisdall has been writing about travel for The Telegraph for more than 30 years and is addicted to wild and wonderful places.

The sea is a dreamy shade of turquoise. Pure white sands fringe rainforest that is home to a rich profusion of wildlife… It all sounds suitably idyllic to be the Seychelles or Mauritius, but India’s remote Andaman archipelago ticks even more boxes of blissed-out delight.

Located in the Bay of Bengal, 850 miles east of the mainland, these 300 little-known islands are surrounded by fabulous coral (no commercial fishing has been allowed for 40 years) and are barely developed, with only a dozen open to tourism. Over the past 18 months or so the archipelago has become more accessible thanks to an increase in flights to the capital, Port Blair, from four of India’s major cities. So it’s now relatively easy to combine a cultural trip with a beautifully sequestered beach break, flying to the islands from Chennai (with the nearest mainland airport), Kolkata, Delhi or Bangalore.

Accommodation options are limited, but in March the Taj group will open a sensitively conceived beachside hotel here, bringing new levels of luxury. Set on Havelock Island, renowned for its dive sites and lush hinterland, the Taj Exotica Resort & Spa has a prime position on Radhanagar Beach, said to be one of the most serene – and pristine – beaches in Asia. Facilities are spot-on, with three restaurants and a signature Jiva spa, and the 75 rustic-chic villas offer five-star comfort. But it’s the activities that guests will particularly relish, from underwater photography to kayaking through mangrove forests and exploring reefs teeming with marine life.

A 10-night trip costs from £3,300 per person with Ampersand Travel (020 7819 977), including flights from Heathrow to Chennai and onwards, three nights at Taj Coromandel in Chennai and seven nights at Taj Exotica Resort & Spa on the Andaman Islands.

Harriet O’Brien is a regular contributor to Telegraph Travel. She lived in India as a small child and has written extensively about the country.

Malta’s 16th-century citadel capital, the Unesco World Heritage city of Valletta, is one of the European Capitals of Culture 2018  A melting pot of European influences since it was built by the Knights of St John following the Great Siege of 1565, Valletta has long packed a historical and artistic punch well above its weight. In 2018 this will be true in spades, with hundreds of events – art of all kinds, theatre, dance, opera and music, fireworks, food and fun – in Valletta and across the country.

Valletta itself is tiny, a perfect place to wander beneath painted wooden balconies and baroque facades, as well as a few edgier new constructions by Renzo Piano, architect of the London Shard. Preparation for this year has included extensive restoration, leaving fortifications and palazzi glowing. The tourist map has gained fortresses and museums, sparkling interiors (especially at St John’s Co-Cathedral) and a new National Art Gallery (Muza) due to open in the Auberge d’Italie later this year.

Historic homes have been converted into new boutique hotels such as The Coleridge, Ursulino, SU29 and The Saint John. More openings are coming, including luxury boutique Iniala Harbour House overlooking the Grand Harbour – where a spectacular sea pageant will play out on June 7.

From the Valletta 2018 opening week (Jan 14-21) onwards, national and international theatrical and art events will be popping up in venues both iconic and unexpected, while the islands reverberate with music from rock to baroque. The Maltese know how to party – and everyone is welcome at this year-long festa.

Malta’s Thirties colonial hot, favourite of British royals, has just been refurbished with a new spa opening in 2018. Doubles from €150/£130).

Juliet Rix is an award-winning journalist who caught the travel bug early. She is the author of Malta and Gozo (Bradt Guides) – 2018 version just out.

Until four months ago, few had heard of St Helena. One of the world’s most-remote islands – more than 3,218 miles (2,000km) west of Africa – this British Overseas Territory was accessible only via the Royal Mail ship St Helena.

However,  has slashed travel time from five days to just four hours.

The island’s isolation reaps rewards. Billed as the “Galapagos of the Atlantic”, its fern-clad forests, volcanic plains and rocky shores are home to 2,932 species, of which 502 are endemic. The star on land is the mottled St Helena plover – known locally as the wirebird – that scuttles among the scrub and can be spotted on a 4×4 tour offered by Aaron Legg.

But it’s beneath the waves that the majority of endemic species thrive – and with large swathes of St Helena’s marine environment unmapped, it provides a new frontier for experienced divers and competent snorkellers.

A total of 20 dive sites, including eight wrecks, are home to unique fish such as the St Helena wrasse, parrotfish, flounder and marmalade razorfish. Larger visitors include dolphins, devil rays and green and hawksbill turtles. The biggest are the migrating humpback whales that cruise offshore between June and December. Just as they are disappearing, the whale sharks turn up and stay until March. These gentle giants are the undisputed highlight of a trip to St Helena.

Travellers can stay at the new four-star Mantis hotel in the capital, Jamestown. Here Wi-Fi is still limited and expensive, offering travellers a rare chance to unplug. There are concerns the airport and the arrival of a submarine fibre-optic cable in 2020 will change that, so visit soon.

Emma Thomson spends roughly three-quarters of the year on assignment covering off-the-beaten-track destinations. She travelled on the second-ever flight to St Helena and spent a week there.

27 Tips for Travelling Solo, from a Die Hard Lone Traveller

It is clearly absurd to describe a mountain range as “hidden from view”, but as far as the majority of British travellers are concerned, the Picos de Europa might as well be. Next year will see the centenary of the official opening of this national park, which makes it one of the oldest in Europe; it’s easily accessible via Brittany Ferries from Portsmouth to Santander, or the UK’s many flight connections into Bilbao; and yet we find ourselves more easily distracted by all the other things Spain is so good at (roasting-hot beaches, football, tapas, exotic Moorish architecture, etc).