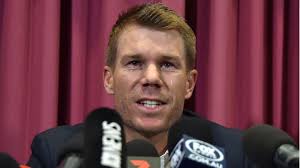 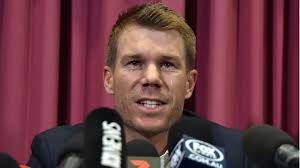 From ball-tampering to bans and tears: how Australia’s week evolved

Warner and captain Steve Smith were given year-long Cricket Australia (CA) bans after the incident against South Africa, while batsman Cameron Bancroft received a nine-month sanction.

Smith and Bancroft said on Wednesday that they would not appeal.

“I have today let Cricket Australia know that I fully accept the sanctions imposed on me,” Warner, 31, said.

“I am truly sorry for my actions and will now do everything I can to be a better person, team-mate and role model.”

The Australian Cricketers’ Association had said CA should reconsider the “disproportionate” bans.

Confirming no hearings will now be needed, Cricket Australia chief executive James Sutherland said the penalties “were not imposed lightly”.

“The events of Cape Town have severely affected the game. It has also been humbling to be reminded of the passion all Australians have for our great game,” he said.

“We know the players will return to playing the game they love, and in doing so, we hope they rebuild their careers and regain the trust of fans.”

Smith, Warner and Bancroft were sent home from the tour after the third Test and apologised for their actions.

Head coach Darren Lehmann, who was cleared of any involvement in the incident, stepped down from his role after the final Test against South Africa on Tuesday.

Smith admitted the Aussie “leadership group” had devised a plan to tamper with the ball, and Cricket Australia’s investigation found Warner instructed Bancroft on how to carry it out.

Smith and Bancroft have also been banned from captaining Australia for at least the next two years, while Warner will not be considered for any team leadership positions in the future.

The ICC banned Smith for one game and fined him his entire match fee, while Bancroft was fined 75% of his match fee and given three demerit points.

Warner was not punished by the ICC.